If I would sum up all the hours I have spent in line, it would probably be months or even years. I do not mind standing in line and waiting for my turn as long as I have the time and I do not have any appointments or anything important to do. Otherwise, I prioritize.

My husband and 2 colleagues are going to Kaliningrad, Russia on the 22nd of April. I arranged for their stay and coordinated with a travel agency in Kaliningrad. After we got our visa support and hotel vouchers from Nocturne Travel, we went to the Russian consulate in Oslo yesterday. We were there at 11:00 am. There was a long queue and the processing of each applicant were not that fast so we were not able to get to the counter by 12:00nn. (Visa applications and claims are entertained only until 12:00nn). There was nothing to do but to go back today.

We decided to go to Oslo earlier today. We left Jessheim at 8:00 thinking that we would be able to get to the embassy by 9:00. Unfortunately, the traffic was very slow when we entered Oslo due to a bus that had some motor problems. Some people are just too impatient that they used the bus/taxi lane to get to their destination while others stay in line very patiently. We finally got to the embassy a little after 10:00. The line was longer than yesterday.

While waiting for our turn, we chatted with some people who were there and hoped that we would be able to get to the counter on time this time. There was this lady in front of us who kept on complaining all the time. She was there from 9:30am. She was complaining how slow the assessment was … that there should be a queue stub … and that there should be more counters.. that there should be a system…etc.etc. One guy had enough of her complaining and said that maybe she should go and visit the Norwegian embassy in Moscow and see how the Russians stay in line outside the embassy when it is -20 degrees Celsius. I agree with this guy.

There is a system at the Russian embassy. We are most welcome to see this wonderful country but we have to abide by their system. There is no use complaining. The smartest thing to do is to get to the embassy early enough to get ahead of the others.

Each embassy/consulate has there own system. I can tell you that the Norwegian embassy has their own system too. For example at the Norwegian Embassy Manila, one has to wait minimum of 4 weeks to get a tourist visa approval. And let me not talk about the visa application process at the US embassy in the Philippines!

Anyway, at 12:00nn when the counters were closing, they announced that those who are leaving tomorrow for Russia and those who wanted their visa (especially those leaving in the weekend) within 24 hours could stay on and would be served.

It was not that bad after all.

3 thoughts on “STAYING in QUEUE” 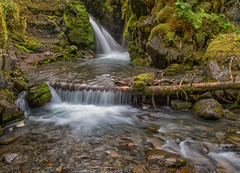